I’m finally feeling better after AVN. I got better from my first cold, worked one day (and did a super hot scene with Claire Robbins), and then woke up the next morning with cold number two. Cold number two turned into bronchitus number one, but a round of antibiotics later, and I’m good to go.

with Claire on set (and that’s Jessie Andrew’s crotch).

I also got a chance to shoot with the one and only J.J. Plush. I’ve been wanting to work with her for the longest time, and it was so much fun. I love getting back to my fetish model roots and shooting some good ol damsel in distress bondage. 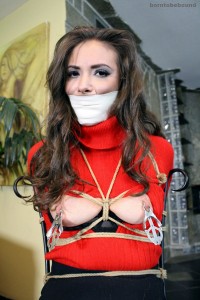 Signing was more fun than I thought it would be. I knew I would enjoy meeting my fans, but it was great to get to talk to people who watch my scenes, and put faces to names from twitter.

And last but not least, there was the awards show itself. I felt really glamorous and beautiful walking the red carpet. I did it last year as well, but this year, everyone knew my name. 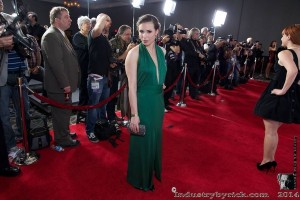 On the red carpet.

As for the show itself, it was super exciting watching my Spiegler Sisters sweep almost every category.

And although I didn’t win Best New Starlet, you know what they say about stars. Once we see it at it’s brightest, it’s already gone.

I’ve been home from Vegas for two days now. Although I didn’t bring home any AVN awards, I did bring home the coveted AVN flu. So while I’m in bed clearing the desert and cigarette smoke out of my sinuses, please enjoy my new site.

Here’s a pic of me at the awards show. 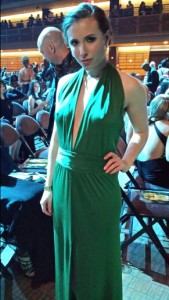 I’ll have more for you on my Vegas trip once I’m feeling better.

Powered by WordPress and WordPress Theme created with Artisteer.